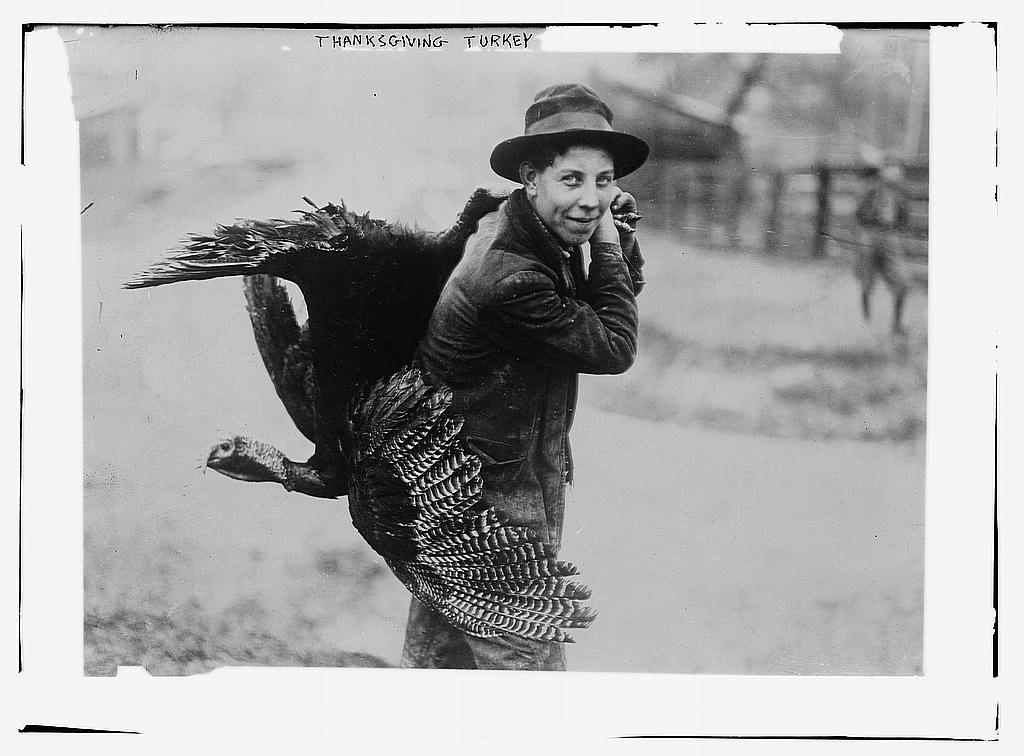 Cooking the perfect turkey for the holidays can be a daunting task. Ron, from Lee Turkey Farm, takes some of the guesswork out of the process by sharing what it takes raise and cook the perfect bird for the table.

As Thanksgiving nears, newscasts devote primetime screening to the latest turkey roasting techniques, help hotlines flair-up with frantic home cooks calling in to experienced chefs for help on how to get everything just right, grocery stores stock up with every possible ingredient that one could dream-up to ensure that the turkey is flavored to perfection. For one week, it would seem that our national pride depends on a single bird and its ability to be cooked to perfection.

But the efforts to get that perfect turkey to the table have already been in motion months before you dig out grandmother’s old recipe.

Ron, a 6th generation farmer, from Lee Turkey Farm and his wife, Janet, were generous enough to walk me through the process of what it takes to get a turkey ready for the big day. When asked how it feels to be a part of so many peoples’ Thanksgiving tradition Ron confesses, “It makes me nervous. I want everything to turn out right, fortunately, so far it has.”

Like many other turkey farmers, Ron orders at the start of the year. When June rolls around, so does a shipment containing 3,000 turkeys that are only one day old. Ron and his son, Dylan, manage the turkeys on their own up until it is time to “process” them for Thanksgiving.

In the beginning, the turkeys are fed a protein-rich blend of feed made from soybeans, barley, wheat, rye, and corn grown on his own farm.  “It helps to build a strong frame for all the weight they will put on,” Ron says.

As the turkeys grow, they are corralled into a large barn where they will stay until ‘rent is due’ as Ron likes to put it. “Turkeys grow fast, I am often asked how long it takes to raise a 39 pound turkey. People expect it will take one to two years, but it only takes 21 weeks.”

Toward the end of the growing season, the turkey’s diet is changed to a ratio of 80% corn.  “This gives the turkeys a layer of bulk and helps with the overall flavor.” Ron replies when asked about the corn.  “It is also the only way to ensure that there is a consistent flavor. If I let them roam around in the fields, then the turkeys that are eating grasshoppers would taste a whole lot different than the others….and not for the better.”

Starting the week before Thanksgiving, it is time to start processing the turkeys. Ron’s father, who started raising the birds on the farm 75 years ago, insists that it be done the old fashion way…by hand. Inside an old wagon house built in 1802 that may very well be the oldest continuously running meat processing plant in the country, they do just that.

The key to their success in this endeavor, is found in the help they find. “Back when I was a kid, good help was hard to get,” Ron shares, “I remember having to bail someone out of jail and then picking them up just so we could have enough hands to get the next day’s work done. Luckily that isn’t the case anymore.”

Now a group 10-12 people, mostly neighbors, friends, and family, take part in the process.  Many, like Ken, have been coming by choice for years (15 years in Ken’s case). Others make a point to take time off their regular jobs simply because they enjoy the change in pace and scenery. And some, like Kassie (a 14 year old vegetarian), come out of curiosity and a love for farming.

“It feels like a second home here,” confesses Zack, a neighbor and long-time friend of the family who is packaging the turkeys, “Everyone is friends, not to mention Janet and Ron are the easiest bosses, what’s not to like.”

Once boxed, the turkeys are placed in a cooler, waiting to be sold on premise from the farm building.  For the entire week before Thanksgiving, people line-up to claim their bird. Most of these customers have pre-ordered their turkey well in advance, while others take their chance in line, hoping to get whatever might still be available. “We could easily sell 2000 more turkeys than we do now,” says Ron, “I am just not ready to add that amount of a workload.”

But the work doesn’t end here. Come Thanksgiving day, the phone calls start rolling in to the farm. “Most people are just looking for reassurance,” says Janet who manages the majority of the phone calls, “Most of the questions have to do with cooking time. I will walk them through the pamphlet we include with the turkey that helps to determine the proper amount of time for the size of bird they purchased.”

“It is hard to mess-up a turkey that has been grown well, the flavor comes from how it is raised; the texture comes from how it is cooked,” says Ron.  “When it is raised to have the right amount of fat, it doesn’t matter whether you put it breast-up or down or any of the other cooking strategies that are out there, it is going to taste good. Just don’t over-cook it.”

Simple advice from a family that has spent the last 75 years perfecting the turkey for all of us to enjoy.